1969
Buddhist complexes in Afghanistan were built around stupas, many of which commemorated major events in the life of the Buddha, where he predicted his future Buddhahood, shaved his head, pared his nails and left his staff or items of clothing. Stupas were dominated by a single hemispherical dome as seen here near Shewaki village, 11 kilometers south of Kabul, dating from the early centuries CE (h. 16 meters; d. 15 meters). The dome represented heaven sheltering the world. Missing here is a mast, the earth's axis, ringed by seven circular discs representing higher heavens culminating in Paradise. Stupas frequently contained relic chambers located about three-quarters of the way up the dome.
Photo: Louis Dupree 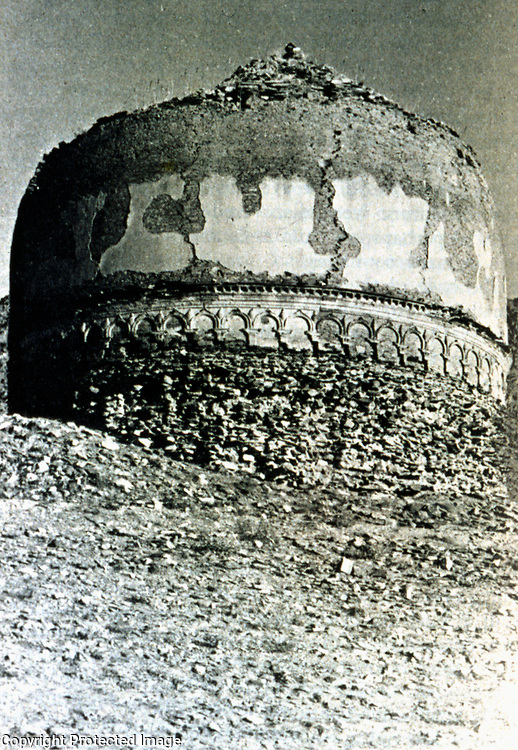