1905
This view was erroneously identified by the photographer as taken from the Shah-i Zindah Mosque in Samarkand. More likely it is from the Hazrat Hyzr Mosque, located on a hillside near the ancient settlement of Afrosiab, and which the photographer elsewhere misidentified as Shakh-i-Zindah. The oasis setting of Samarkand is evident, with a lush pasture and groups of poplar, plane, and karagach (elm trees) visible. On the left the view is dotted with adobe houses, one of which is built into the cliffside with a multi-leveled veranda. On the right is a white house in a Russian style. The image is by Russian photographer Sergei Mikhailovich Prokudin-Gorskii (1863–1944), who used a special color photography process to create a visual record of the Russian Empire in the early 20th century. Some of Prokudin-Gorskii’s photographs date from about 1905, but the bulk of his work is from between 1909 and 1915, when, with the support of Tsar Nicholas II and the Ministry of Transportation, he undertook extended trips through many different parts of the empire. Prokudin-Gorskii was particularly interested in recently acquired territories of the Russian Empire such as Turkestan (present-day Uzbekistan and neighboring states), which he visited on a number of occasions, including two trips in 1911. Turkestan appealed to him not only for its Islamic architecture but also for bucolic scenes in places such as Samarkand. 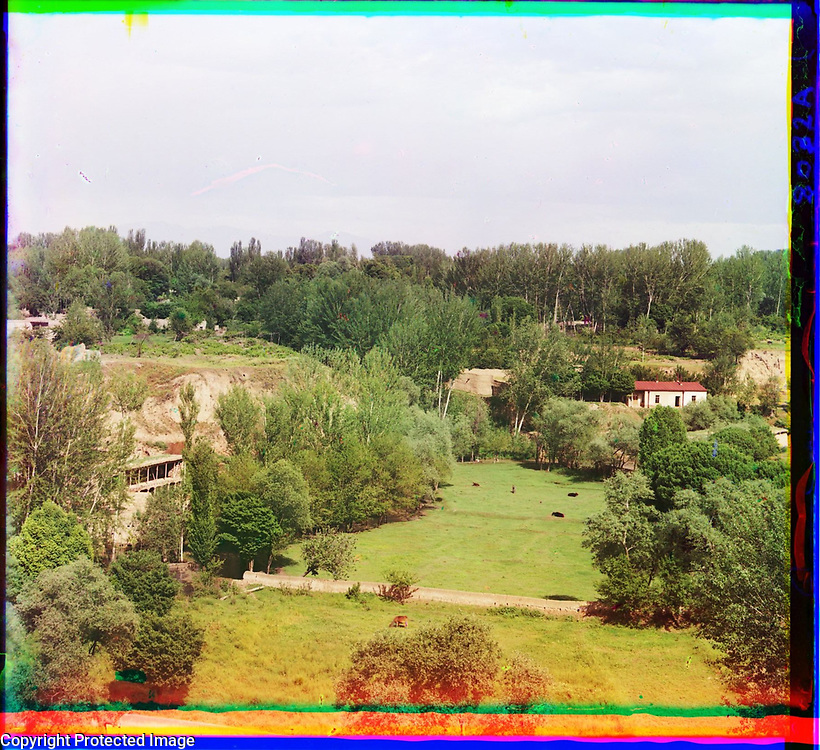