Figurine of an Ibex. Gold From Tillya Tepe. Near Sheberghan, Jawzjan Province.

1981
Perhaps the most distinguished artifact from Tillya Tepe is a small gold figurine of an ibex (h.5.2 cm x 1.4 cm; weight 18 grams) once part of a regal headdress worn by the 30 year old male in Burial 4, the only male buried at Tillya Tepe. The realistic style shows bulging veins on a sleek body and a magnificent set of horns. Because of the superior quality of the workmanship, archaeologists suggest that this figurine relates more to the vivid realistic style of the Bactrians than it does to other Tillya Tepe artifacts. They surmise that it may have been a treasured trophy captured from the Bactrians ca. 100 CBE, which sets it aside from the bulk of the Tillya Tepe collection that date to early Kushan times ca. 100 CE, as does Burial 4.
Photo: Louis Dupree 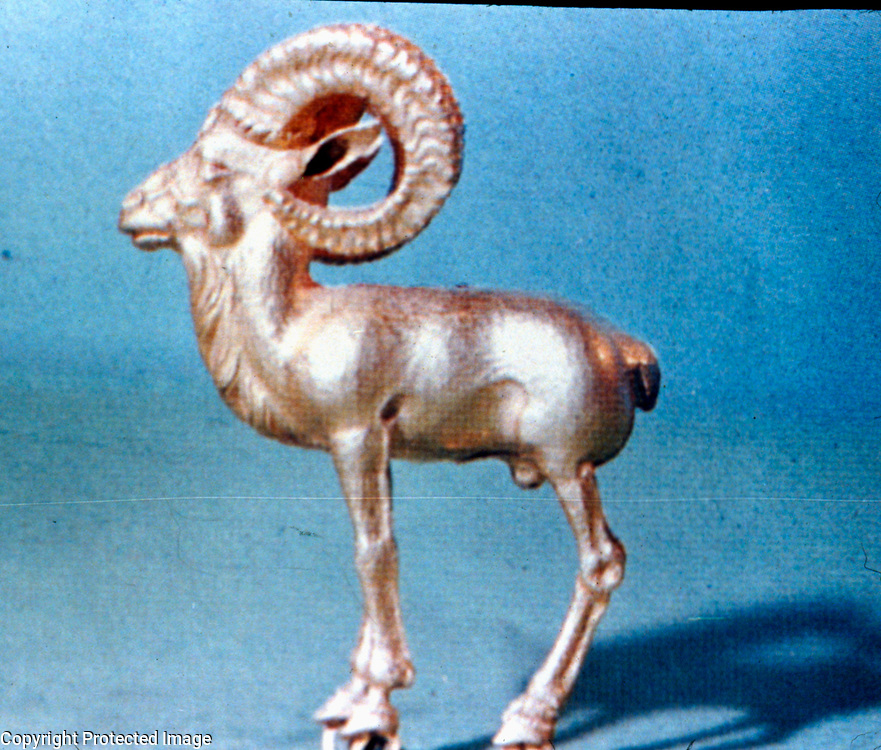