1965
A National Art Gallery was finally established in 1983 in a distinguished mansion outside the western walls of Amir Abdur Rahman's machinkhana. dating from Amir Habibullah's reign. The collection, mainly dating from the 20th century, contains oils, watercolors, miniatures, calligraphy, wood carvings and sculptures. Most of the artists that rose to fame in the 1960s and 70s are represented here, including Sayeed Muqaddas Negah, whose horseman is shown here. The works of some others may be seen in the Artisans and Artists Gallery in this series. The Art Gallery suffered frightfully during the Taliban era when paintings depicting human and animal figures were literally ripped to shreds. The gallery staff ingenuously saved hundreds of canvases by hiding some and even temporarily painting over others to conceal offending figures. 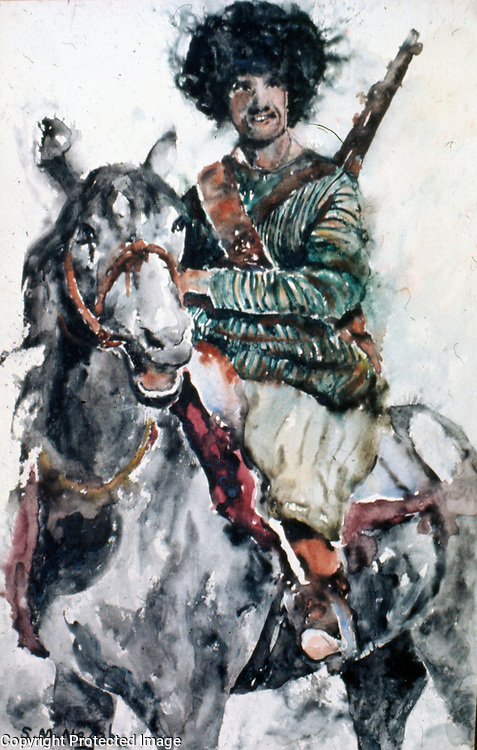