1868
This photograph of the interior of the Gur-Emir mausoleum in Samarkand (Uzbekistan) is from the archeological part of Turkestan Album. The six-volume photographic survey was produced in 1871-72 under the patronage of General Konstantin P. von Kaufman, the first governor-general (1867-82) of Turkestan, as the Russian Empire’s Central Asian territories were called. The album devotes special attention to Samarkand’s Islamic architectural heritage, including Gur-Emir (Persian for “tomb of the ruler”). Although known primarily as the burial place of Timur (Tamerlane), Gur-Emir was begun by Timur in 1403 to commemorate the death of his beloved grandson, Muhammad Sultan. His sudden death at the age of 27 deprived Timur of his chosen successor. The shrine was not yet completed at the time of Timur's own death from pneumonia in 1405. With his burial there, Gur-Emir became the Timurid mausoleum. The mausoleum has two levels, the upper of which has imposing sarcophagi, while the lower contains more austere tombs with the actual remains. The sarcophagi on the upper level are enclosed within a marble barrier (a segment of which is shown here) of open fretwork in an intricate geometric design. This pattern is framed with a carved relief of botanical motifs. The barrier segments are separated by carved vertical elements with a floral pattern culminating in a lobed figure. 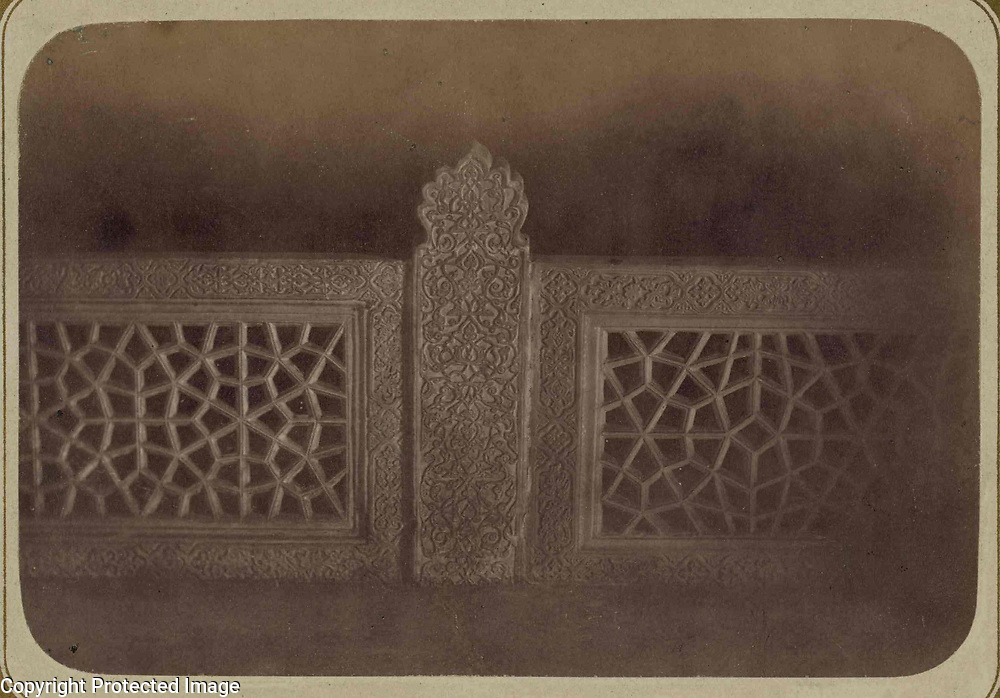