1865
This photograph of the ruins of a rabat built by Mulushki Mirza near Khodzhend (in present-day Tajikistan) is from the archeological part of Turkestan Album. The six-volume photographic survey was produced in 1871–72 under the patronage of General Konstantin P. von Kaufman, the first governor-general (1867–82) of Turkestan, as the Russian Empire’s Central Asian territories were called. Located on the Syr Darya River, Khodzhend was settled as Cyropolis in the late 6th century BC by the Persian king Cyrus the Great, founder of the Achaemenid Empire. The site was apparently refortified by Alexander the Great in 329 BC. A strong point along the Silk Road, Khujand was taken by the Arabs in the 8th century. By the 10th century it belonged to the Samanid Empire. Sacked by the Mongols in 1220, Khodzhend revived under the Timurids in the late 14th and 15th centuries. In the 16th century it was ruled by the Shaybanid dynasty in Bukhara and remained under control of Bukhara until absorbed by the Kokand Khanate in 1802. In 1866 it was taken by Russian forces. The term “rabat” has various interpretations that imply a fortified outpost (a usage similar to the term ribat). In Central Asia rabat is also linked to the term khanaka, a hostel or place for spiritual retreat. Of the ancient rabat shown here, only the central domed structure remains. Little is known of the builder, but “mirza” was an honorific term for secondary Tatar nobility. 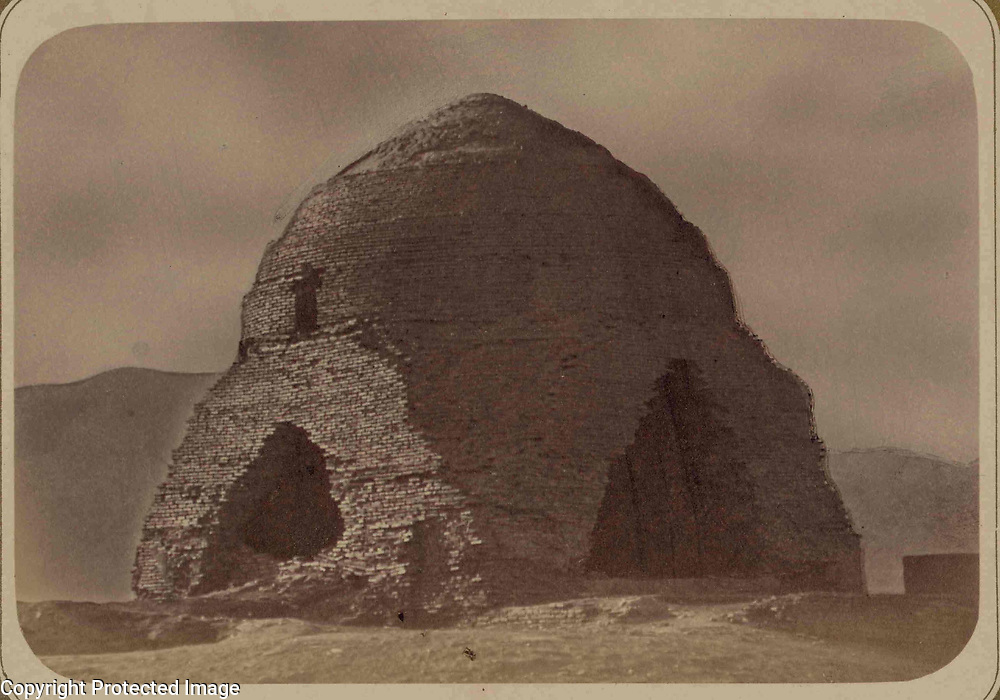