1920s
The new city was to be composed of the central Arg or Citadel-Palace a public bazaar where official announcements were made from the Nagarkhana, an audience hall beyond the moat outide the east gate of the Arg, a residential area on the fringes of Deh Afghanan, and an industrial area at the gap between the hills of Asmai and Sher Darwaza. Fields and orchards on the west bank of the Kabul River were appropriated and soon stout walls with imposing massive bastions rose around offices, haremserais and extensive gardens inside the Arg walls. A large Salamkhana-i-AM (Public Audience Hall) surrounded by its own garden full of roses and flowers was built, also in 1884, beyond the moat just outside the impressive east gate to the Arg. Important durbars and functions were held here, including the installation of Amir Habibullah in 1901. Souvenir postcard printed in Paris in the 1920s... 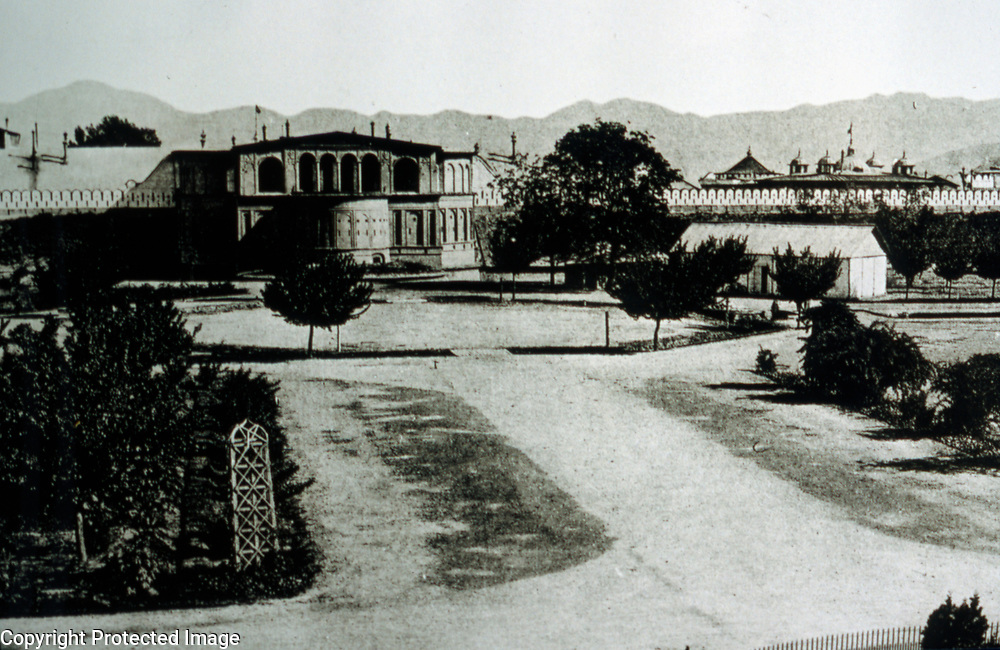