1981
In the three excavated chapels lining the south side of the main courtyard there was a totally unique composite statue of Durga, the consort of the Hindu god Shiva, killing Mahisha, the Buffalo Demon, who was shaking the universe by stamping his mammoth hoofs. The many armed Durga jumps on his back, thrusts her trident (symbol of Shiva) into his rump and decapitates him. Every one of the renditions of this poplar theme was dramatic. Surprisingly and uniquely, a large standing Buddha stood in the same chapel just across the room on the opposite wall from the Durga.
Photo: Louis Dupree from Nancy Hatch Dupree Afghanistan: An Historical Guide, 1971 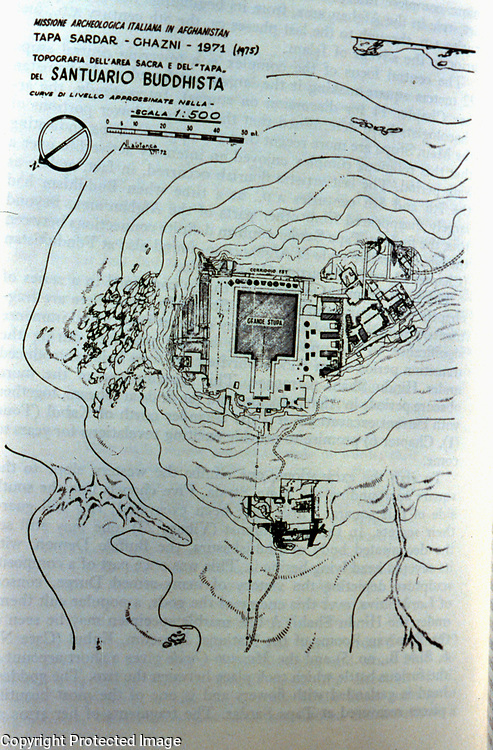