Detail of External Wall on Left Side of the Exit from the Passage of the Dead. Samarkand

1905
The Shah-i Zindah Necropolis is located at the outskirts of Samarkand. Built on an ancient burial ground, Shah-i Zindah (Persian for “living king”) is revered as a memorial to Kusam-ibn-Abbas, a cousin of the Prophet Muhammad. Most of the some two dozen mausoleums, shrines, and related structures in the necropolis date from the late 14th and 15th centuries, and a number were commissioned by Timur (Tamerlane) and by his grandson Ulugh Beg, the astronomer king. The monuments are famed for their superb ceramic tile decoration, often incorporating patterned Perso-Arabic script. This strikingly abstract photograph shows a portion of the wall surface at the entrance to the complex. The layers of the adobe wall are interspersed with molded brick ornaments. The image is by Russian photographer Sergei Mikhailovich Prokudin-Gorskii (1863–1944), who used a special color photography process to create a visual record of the Russian Empire in the early 20th century. Some of Prokudin-Gorskii’s photographs date from about 1905, but the bulk of his work is from between 1909 and 1915, when, with the support of Tsar Nicholas II and the Ministry of Transportation, he undertook extended trips through many parts of the empire. In 1911 he traveled to a region of Central Asia then known as Turkestan (present-day Uzbekistan and neighboring states), where he photographed monuments of Islamic art. 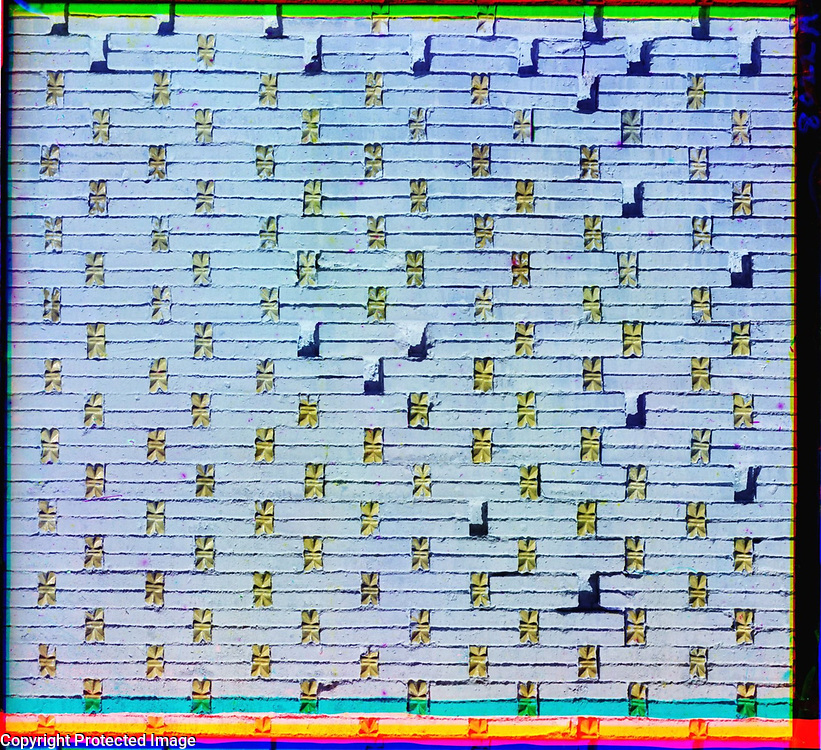