1905
The Shah-i Zindah (Persian for “living king”) necropolis is located at the outskirts of Samarkand. Situated on an ancient burial ground, it is revered as a memorial to Kusam-ibn-Abbas, a cousin of the Prophet Muhammad. Shown here are tombs and burial mounds on the hillside of the complex. Of special interest is the tomb in the foreground, enclosed with a wooden railing. The front of the tomb is marked by a traditional burial pole, with a colorful banner and horsetail ornament indicating the noble status of the deceased. The Shah-i Zindah necropolis is outside the frame of this photograph. The image is by Russian photographer Sergei Mikhailovich Prokudin-Gorskii (1863–1944), who used a special color photography process to create a visual record of the Russian Empire in the early 20th century. Some of Prokudin-Gorskii’s photographs date from about 1905, but the bulk of his work is from between 1909 and 1915, when, with the support of Tsar Nicholas II and the Ministry of Transportation, he undertook extended trips through many different parts of the empire. He was interested in recently acquired territories of the Russian Empire such as Turkestan (present-day Uzbekistan and neighboring states), which he visited on a number of occasions, including two trips in 1911. He gave special attention to the Islamic architecture of Samarkand, such as 14th and 15th century monuments from the reign of Timur (Tamerlane) and his successors. 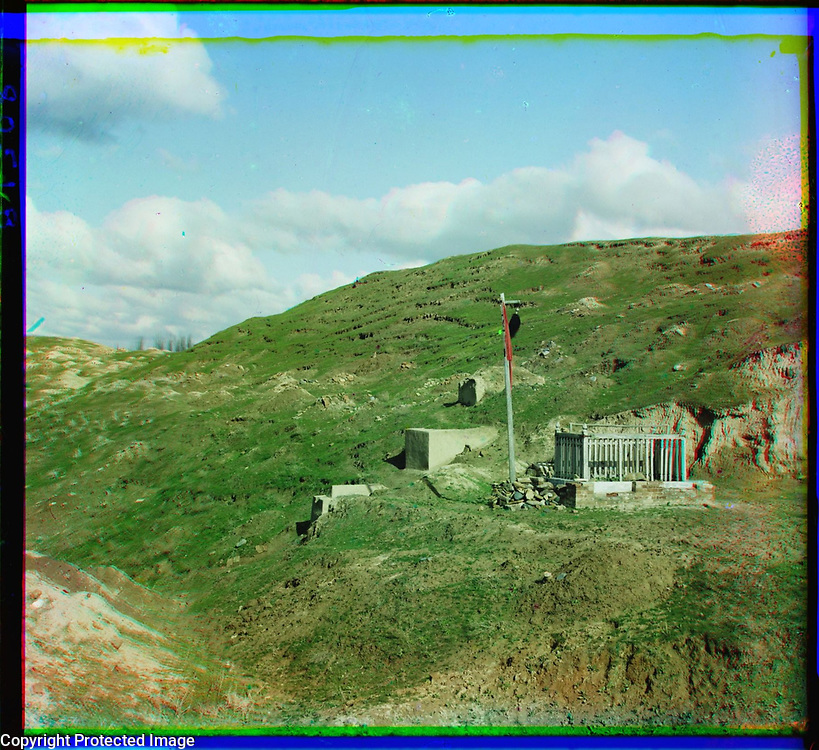