1878
In the fall of 1878, The Illustrated London News dispatched the Scottish artist William Simpson (1823–99) to Afghanistan in anticipation of a conflict between Britain and Afghan tribal leaders. The British were concerned about growing Russian influence in the region and a possible Russian threat to British India. Fighting broke out in November 1878, precipitating what became known as the Second Afghan War (1878–80). Simpson documented the conflict, but he was also interested in people he encountered and places he visited, especially ancient Buddhist ruins, several of which he excavated. Shown in this sketch, dated December 12, 1878, is a watchful picket of the Fourth Gurkha Regiment at Basawul. Gurkha soldiers, recruited in Nepal for service in the British Indian Army, were known for their courage and fighting power. The sketch is from the Anne S.K. Brown Military Collection at the Brown University Library. 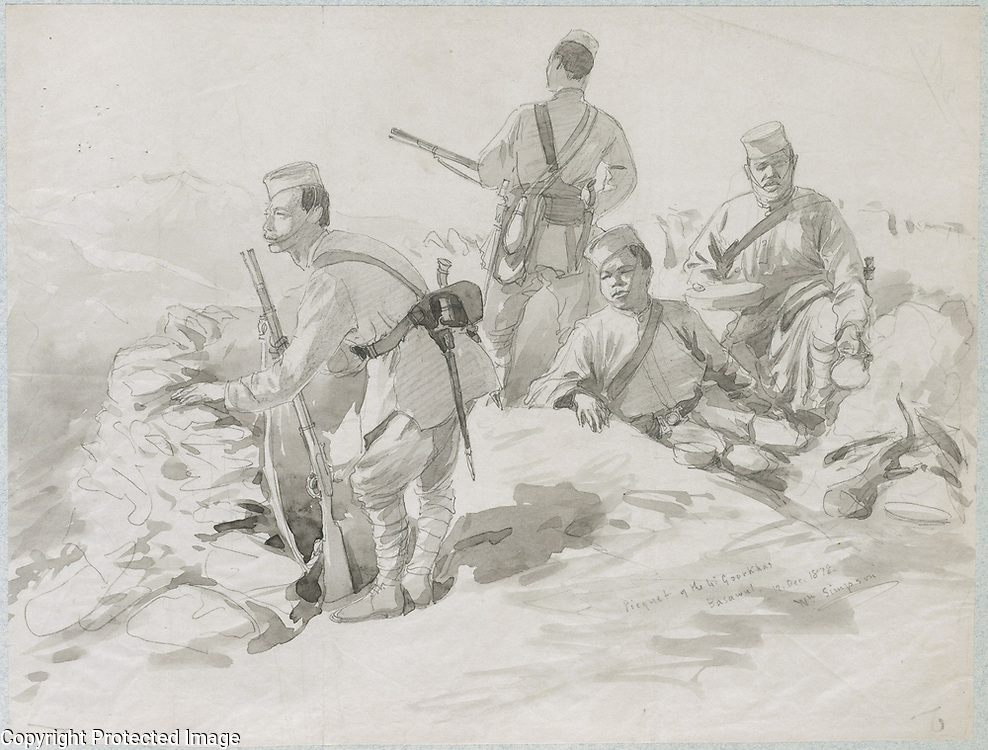