1868
These plans, sections and elevations of structures at the Kok Tam [sic] palace in Samarkand (Uzbekistan) is from the archeological part of Turkestan Album. The six-volume photographic survey was produced in 1871-72 under the patronage of General Konstantin P. von Kaufman, the first governor-general (1867-82) of Turkestan, as the Russian Empire’s Central Asian territories were called. The album devotes special attention to Samarkand’s Islamic architectural heritage. On the left of this page is a plan, section and elevation of the large 16th-century mausoleum dedicated to the spiritual leader Sheikh Nuredin Basir. Although lacking the complexity of 15th-century centralized mausoleums such as Rukhabad, this structure nonetheless achieves monumental form with the design of its high dome, whose double construction is visible in the section drawing. The mausoleum is located near the palace of the emirs of Bukhara, who ruled Samarkand after the expulsion of the Timurids in the early 16th century. The palace was referred to as “Kok Tash” after the throne of Timur (Tamerlane), who built a citadel in Samarkand. As shown in the plan on the right, the ceremonial palace was a simple rectangular structure enclosing a columned courtyard, at one end of which was a throne (see section drawing). 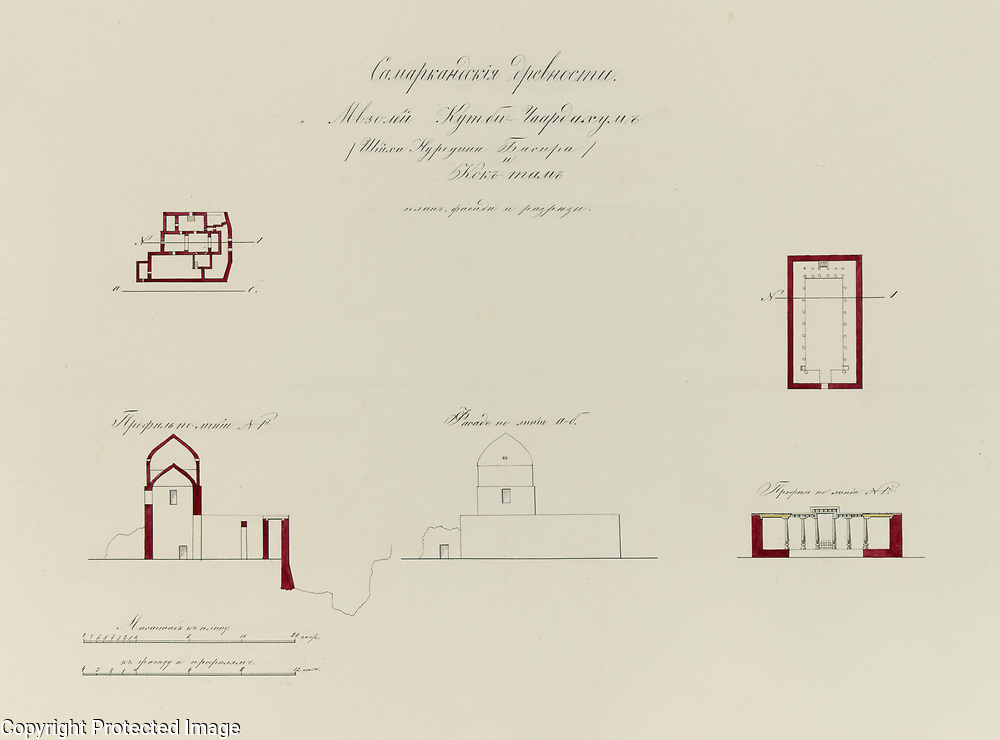