November 1996
The headless statue of King Kanishka (h. 132 cm) standing in the entrance foyer dates around the 2nd century C.E. The statue was found at a non-Buddhist dynastic temple at Surkh Kotal, 18.5 km. north of Pul-i-Khumri, capital of Baghlan Province. Finds from this monumental mound were first reported by road builders in 1951; excavations by French archaeologists followed between 1952 and 1963. Of Central Asian nomadic origin, King Kanishka (h. 132 cm) held sway from capitals at Peshawar and Begram (see below), across North India to the Gobi Desert. He grew powerful and rich from his central position at the hub of trade routes stretching from Rome to China, down into India.
Photo: N.H.Dupree. 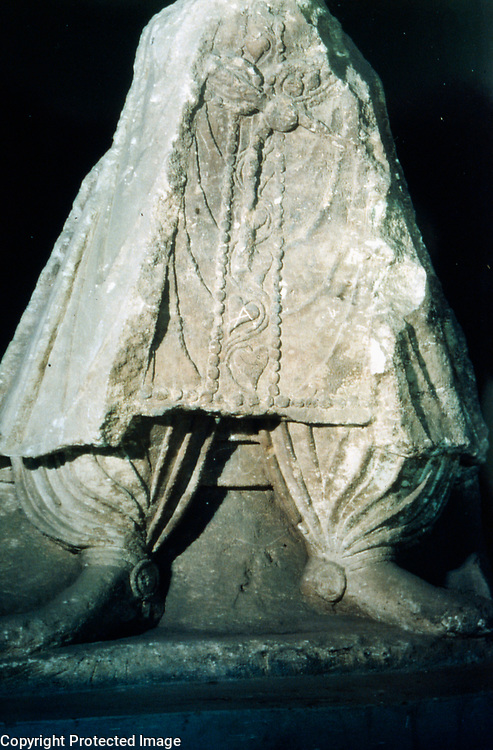