Antiquities of Samarkand. Palace of the Bukharan Emirs, "Kok Tash." Throne of the Emir Kok Tash in the Reception Hall

1868
This photograph of the interior of the palace of the emirs of Bukhara in Samarkand (Uzbekistan) is from the archeological part of Turkestan Album. The six-volume photographic survey was produced in 1871-72 under the patronage of General Konstantin P. von Kaufman, the first governor-general (1867-82) of Turkestan, as the Russian Empire’s Central Asian territories were called. The album devotes special attention to Samarkand’s Islamic architectural heritage. This view shows the throne in the ceremonial palace of the emirs, who ruled Samarkand after the expulsion of the Timurids in the early 16th century. The palace was referred to as “Kok Tash” after the legendary throne of Timur (Tamerlane), who built a citadel in Samarkand. The extant carved throne with its high back was apparently not that of Tamerlane, but the site was nonetheless protected behind an iron railing. The background wall was lavishly surfaced with polychrome ceramic tiles in geometric and botanical patterns. Also visible is an arch niche that frames the throne and culminates in a mocárabe, or “stalactite” vault. The monolith in front of the throne also has carved ornamentation. This space is on a dais that overlooks a columned courtyard, which would accommodate audiences on official occasions. The columns of the courtyard, like the ones shown here, were of carved wood on complex bases of marble. 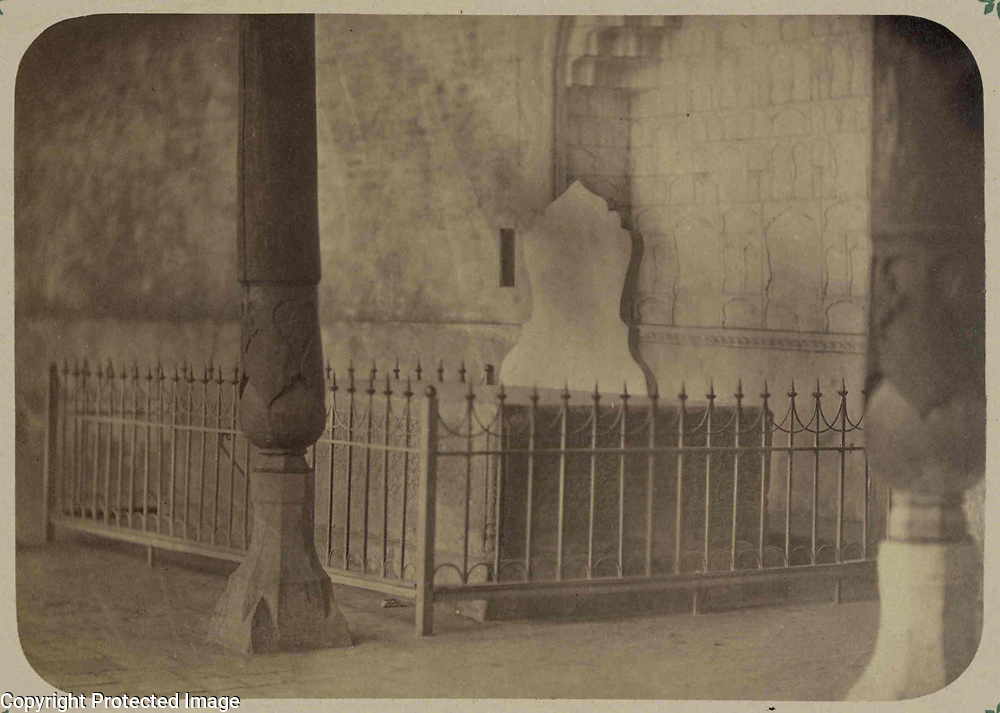