Elephant Battery on the March

1878
This photograph is from an album of rare historical photographs depicting people and places associated with the Second Anglo-Afghan War. Elephants were commonly used as shock cavalry in the front lines of military campaigns throughout South and Southeast Asia until the end of the 19th century, when the introduction of advanced artillery and Gatling guns made them vulnerable to enemy fire. The British Indian Army, like their Mughal imperial predecessors, used war elephants to transport large quantities of cargo, but the main advantage of the elephant in late-19th-century military tactics was in towing heavy field guns that horses and mules could not manage. In this photograph, the lead elephants in each team are mounted by Indian mahouts and escorted by British cavalry and foot soldiers. An accompanying baggage train of mules and oxen is seen on the right. The Second Anglo-Afghan War began in November 1878 when Great Britain, fearful of what it saw as growing Russian influence in Afghanistan, invaded the country from British India. The first phase of the war ended in May 1879 with the Treaty of Gandamak, which permitted the Afghans to maintain internal sovereignty but forced them to cede control over their foreign policy to the British. Fighting resumed in September 1879 after an anti-British uprising in Kabul, and finally concluded in September 1880 with the decisive Battle of Kandahar. The album includes portraits of British and Afghan leaders and military personnel, portraits of ordinary Afghan people, and depictions of British military camps and activities, structures, landscapes, and cities and towns. The sites shown are all located within the borders of present-day Afghanistan or Pakistan (a part of British India at the time). About a third of the photographs were taken by John Burke (circa 1843–1900), another third by Sir Benjamin Simpson (1831–1923), and the remainder by several other photographers. Some of the photographs are unattributed... 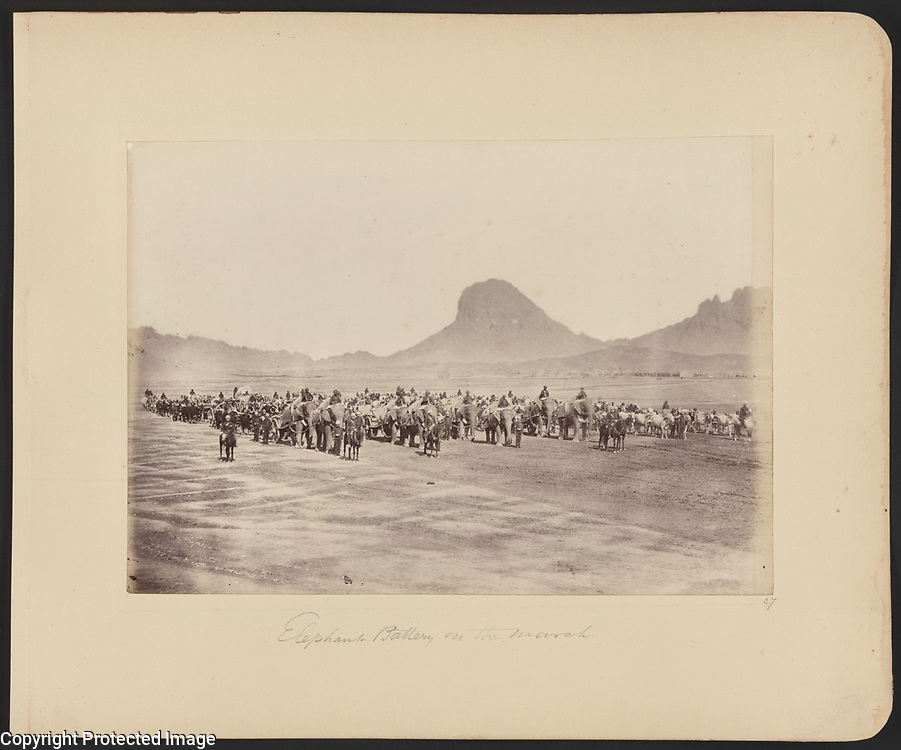