1981
Buddhist monasteries also thrived much beyond the Jalalabad Valley. Eleven kilometers to the west, near the village of Bimaran and the Darunta bridge, a group of four ruined stupas were explored by the British adventurer-sometime archaeologist Charles Masson who opened many stupas in the region between 1833-1838. At Bimaran he came upon a steatite vessel containing a small gold reliquary studded with garnets. It carried 8 figures worked in high relief from the reverse, including a standing Buddha flanked by the Hindu gods Brahma and Indra (h. 6.7 cm; d. 6.6 cm). It is now in the British Museum, London. Because of the exceptional quality of its workmanship some experts link it to the Bactrians in the 1st century CE; others prefer the 2nd century during King Kanishka's reign.
Photo: Louis Dupree from M. Hallade the Gandhara style, 1968 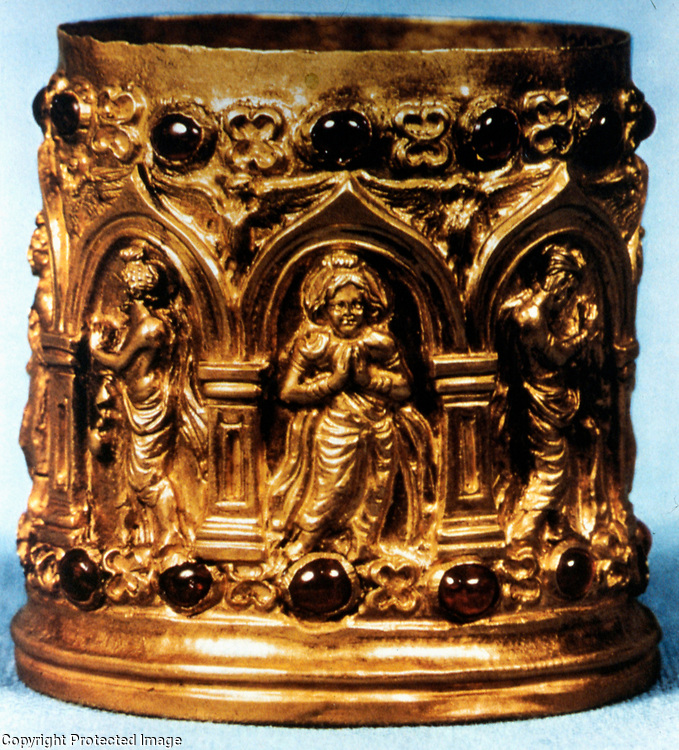